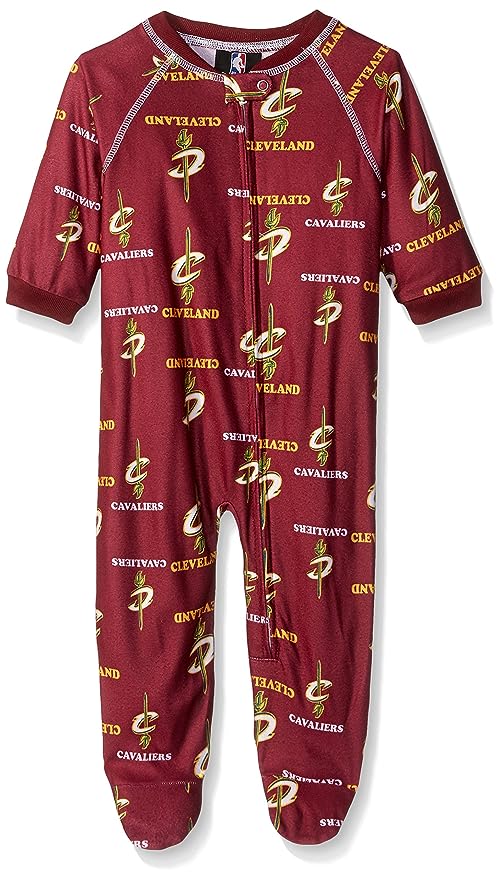 NBA Infant Cavaliers Sleepwear All Over Print Zip Up Coverall

Coverall Sleepwear you can both sleep easier at nite

The Cleveland Cavaliers often referred to as the Cavs, are an American professional basketball team based in Cleveland, Ohio.

The Cavs compete in the National Basketball Association (NBA) as a member of the league’s Eastern Conference Central Division.

The team began to play as an expansion team in 1970, along with the Portland Trail Blazers and Buffalo Braves.

Home games were first held at Cleveland Arena from 1970 to 1974, followed by the Richfield Coliseum from 1974 to 1994. Since 1994, the Cavs have played home games at Rocket Mortgage Fieldhouse in downtown Cleveland, who shared with the Cleveland Gladiators of the Arena Football League and the Cleveland Monsters of the American Hockey League. Dan Gilbert has owned the team since March 2005.

The Cavaliers opened their inaugural season losing their first 15 games and struggled in their early years, placing no better than sixth in the Eastern Conference during their first five seasons.

The team won their first Central Division title in 1976, which also marked the first winning season and playoff appearance in franchise history, where they advanced to the Eastern Conference Finals.