Product was successfully added to your cart. 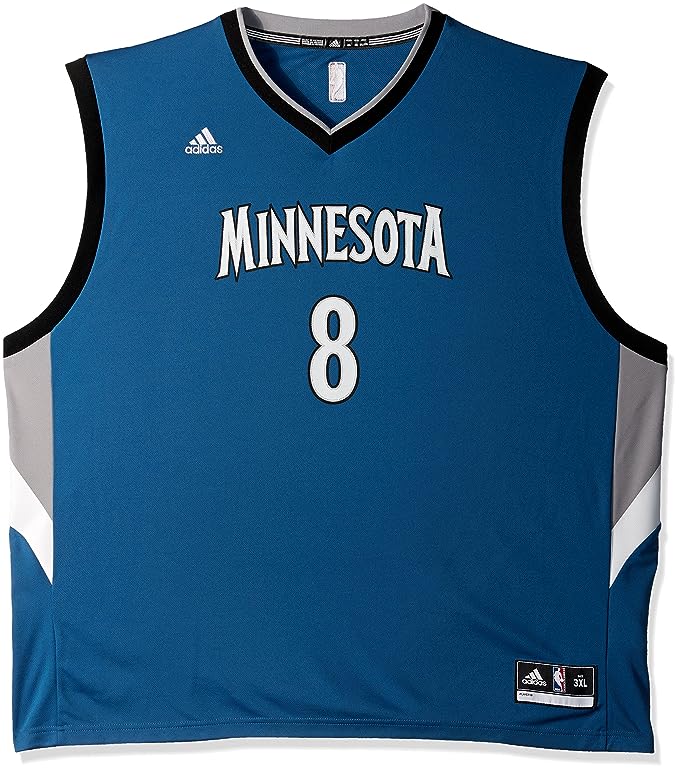 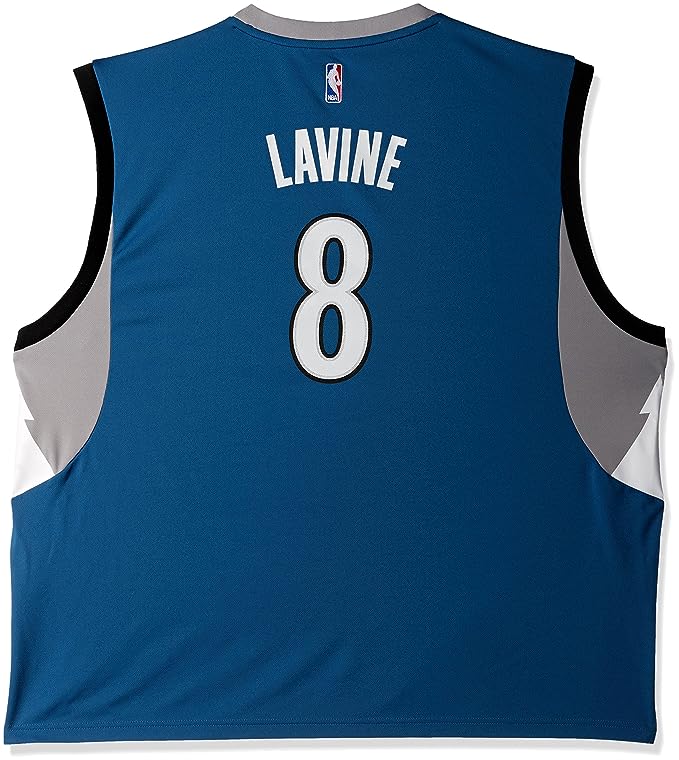 Be a part of the team and show off your fan pride in the Official NBA Minnesota Timberwolves Zach LaVine #8 Men's Road Jersey of the NBA. This jersey by Adidas features authentic wordmarks and a jock tag to duplicate what your favorite player is wearing on the court. This jersey is perfect for game days or just to practice your jump shot. Either way, you're a winner in this top!

The Minnesota Timberwolves (also commonly known as the Wolves) are an American professional basketball team based in Minneapolis, Minnesota. The Timberwolves compete in the National Basketball Association (NBA) as a member club of the league's Western Conference Northwest Division.[8] Founded in 1989, the team is owned by Glen Taylor who also owns the WNBA's Minnesota Lynx.[9] The Timberwolves play their home games at the Target Center, their home since 1990.[10]

Like most expansion teams, the Timberwolves struggled in their early years, but after the acquisition of Kevin Garnett in the 1995 NBA draft, the team qualified for the playoffs in eight consecutive seasons from 1997 to 2004. Despite losing in the first round in their first seven attempts, the Timberwolves won their first division championship in 2004 and advanced to the Western Conference Finals that same season. Garnett was also named the NBA Most Valuable Player for that season.[11] The team then went into rebuilding mode for more than a decade after missing the postseason in 2005 and trading Garnett to the Boston Celtics in 2007.[12] Garnett returned to the Timberwolves in a February 2015 trade and finished his career there, retiring in the 2016 offseason. The Timberwolves ended a 14-year playoff drought when they returned to the postseason in 2018.

Save time, effort and money

Product was successfully added to your cart.